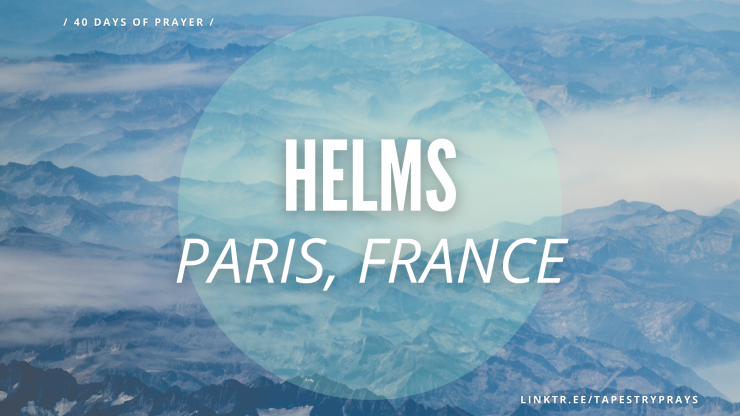 Paul & Abby Helms previously served at West Jackson Baptist Church in Jackson, TN. Paul was the music minister at WJBC. It was during his time at WJBC that he and his family made the decision to move to Paris, France to help with church planting.

At Tapestry we often talk about Every Man, Woman, and Child and our focus is on Cochrane specifically, but also greater Calgary. However, as we know from Acts 1:8, the gospel message is intended to go beyond our borders and extend to the “ends of the earth.” Let’s pray for the Helms family.

For more information about the Helm’s ministry in Paris:

One thought on “Paul & Abby Helms”

There are no upcoming events.